This is the thirteenth of a multi-part post. (Please see previous posts below for earlier installments.)

Example 14, Preston’s Stirpe (from the sequence, Fulgens preclara of his Missa in die Paschae, or Mass for Easter day) is in three parts. The simple plainsong is notated with white semibreves in the middle part. The bass descant is notated in black semibreves, labelled with the proportion, 4:3 (sesquitertia). As discussed in the previous post (Ex. 13, Shelbye’s Miserere), Morley, in his Introduction, pp. 91-92, explains that ‘sesqui altra [3:2] and sesquitertia [4:3] they [the old descanters] denominated after the number of blacke semibriefes set for one note of the plainchant’. The treble descant in Preston’s Stirpe is comprised of short motifs, some of which correspond rhythmically with the plainsong (such as the first four notes: crotchet, two quavers, crotchet, a-g-a-c-b) and some of which correspond with the bass descant (such as repetitions of ‘dotted crotchet—quaver—crotchet’ at plainsong notes 10-12 and 25-26). The unpredictable occurrence of the motifs contributes to the cross-rhythm effects of the verset. For example, the pairs of quavers do not always fall as the second element as they do in the opening motif (see plainsong note no. 4, where the quavers comprise the fourth element); the duple rhythm ‘dotted crotchet—quaver, dotted crotchet—quaver’ at notes 26-28 (following the triple-rhythm ‘dotted crotchet—quaver—crotchet’) does not occur against one white semibreve of the plainsong: it straddles two of them.

Preston’s Missa in die Pasche includes other examples of proportions. Towards the middle of Confitemini (in the Gradual, Haec dies) the plainsong is in the lower of two parts: from plainsong notes 61-75 the descant is in the proportion ‘subsesquialtera’ or two notes to three of the plainsong (2:3); from 76-85 it is in ‘sequitertia’ (4:3); and from 86-117 it is in ‘dupla superbipartiens tertias’ (8:3), almost a lesson in how to break relatively easy proportions into progressively more difficult ones. By Morley’s day such proportions sounded old-fashioned and were open to ridicule:

those superparticulars and superpartients carry great difficultie, and haue crept into musicke I know not how, but it shold seeme, that it was by meanes of the Descanters, who striuing to sing harder waies vpon a plainsong then their fellowes, brought in that which neither could please the eares of other men, nor could by themselues be defended by reason (Introduction, Annotations to the First Part). 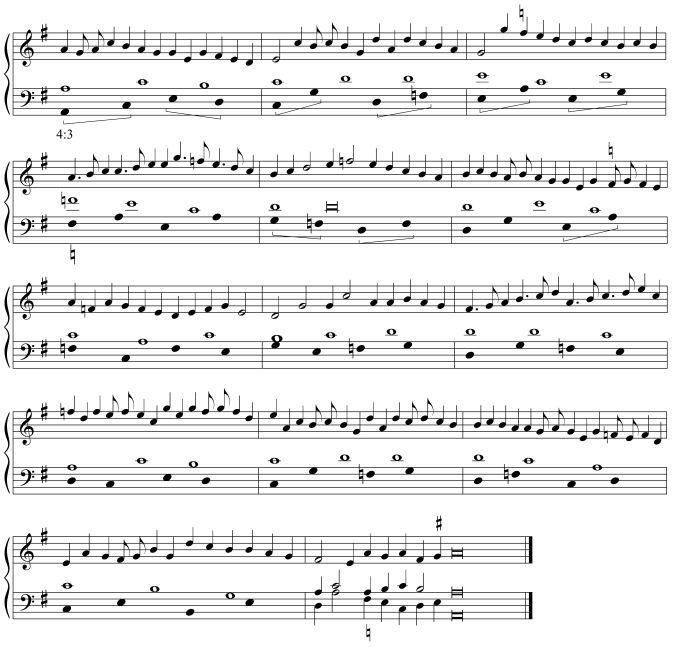